To enhance the value of Vietnamese handicrafts, especially lacquer products, two young men have started their own business creating lacquer phone cases. Two years since they launched their first products, the unique accessories have conquered markets at home and overseas.

It would be no exaggeration to call the cell phone cases made by La Sonmai – a business founded by Vũ Anh Đức and Lê Xuân Trường – mini works of art.

The story began a few years ago when Trường was a postgraduate student in the UK, and realised that Westerners have a special interest in handicrafts.

“I was quite surprised to see that in the UK and other countries in Europe, the price of handmade products is high, much higher than in Việt Nam. At that time, I started to think about business ideas to develop Vietnamese handicrafts,” Trường said.

Impatient with his first idea, Trường returned to Việt Nam to rethink.

Lucky for him, while wandering the streets of Hội An on vacation, he spotted small lacquer items. Like Archimedes when he yelled “Eureka!”, Trường knew that he had found the answer for what he was searching for. 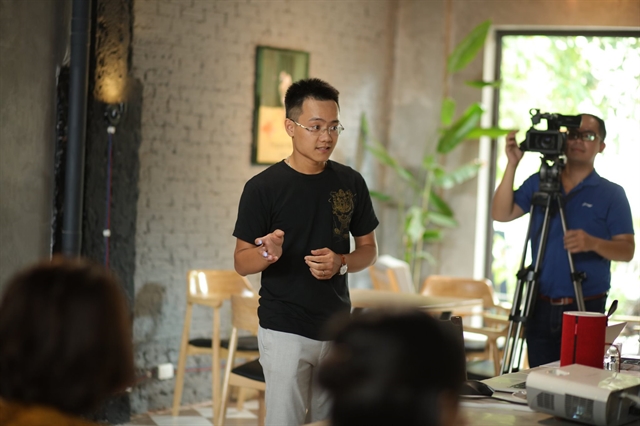 But it wasn’t that simple. To learn about the traditional art, he did everything, from searching the internet and meeting with lacquer artisans, to reading books and learning about the lacquer craft.

Trường also found a partner, Đức, a former classmate from the FPT School of Business.

“The more we learned about lacquer, the more we realised how special it is and how we could promote it further. We chose lacquer for our products thanks to its artistic value and durability,” Đức said.

They decided to name their business as La Sonmai, which is reference to the history of Vietnamese lacquer.

“Although lacquer has existed in Việt Nam for centuries, some French teachers at L' École des Beaux-Arts de l'Indochine in Hà Nội (now the Việt Nam University of Fine Arts) were the ones who guided their Vietnamese students to use lacquer as a medium for painting,” Đức explained.

To enhance the value of their products, La Sonmai says ‘No’ to any industrial materials. “We still choose to use traditional techniques that require diligence and patience,” he said.

To find an authentic material for their products, Đức had to go to the northern midland province of Phú Thọ, which is famous for sơn ta (Vietnamese lacquer) trees. Their resin is the key ingredient for Vietnamese lacquer. 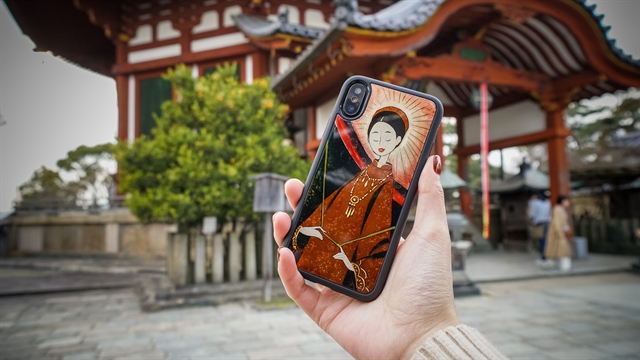 Đức said it took about four months to turn a sketch into a final product.

“There is a big difference in colours between the designs on paper and the finished products. Maintaining the vibrant colours after coating and grinding is very challenging,” the co-owner said.

The more they got involved in the job, the more passionate they became.

“Every single step of the lacquer crafting process is amazing. For example, the natural lacquer paint only dries evenly in a humid environment, so in the drying unit, we always have to keep the floor wet to create humidity,” Đức revealed.

He said they were overjoyed to see their first products. However, the story does not end there.

“Due to the specific use of the cases, they are vulnerable to scratches. We had to jump head first into researching a suitable anti-scratch coating which doesn’t affect the colours but is thin and durable,” he said.

After hundreds of experiments and damage to 100 cases, finally La Sonmai officially launched their phone cases in November 2017. 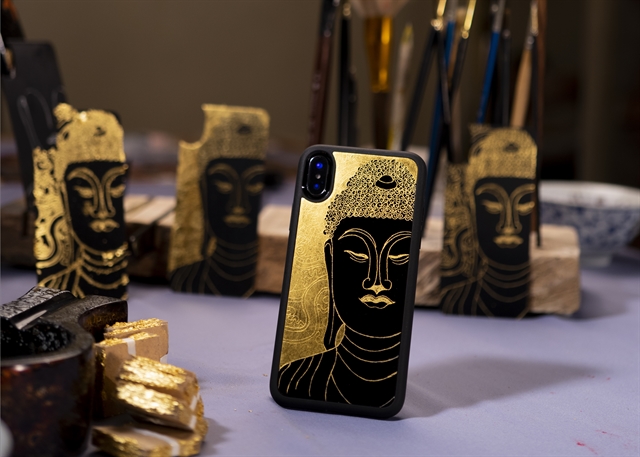 A cell phone case portrays the image of Vietnamese Buddha – one of the best selling designs.

The brand has continued to release several new designs every three months and on special occasions such as Lunar New Year. So far, La Sonmai has launched about 100 designs – all of them limited editions.

“Some customers have asked us to re-produce some designs but we've said no because we want to maintain the exclusiveness,” Trường said.

Their customers have increased, including both domestic and foreign buyers from different countries such as Australia, France, Japan, Switzerland, the UK, and the US.

“A customer from the Netherlands who already has 10 La Sonmai cases just sent us a new order for two more,” Đức said.

Alongside their designs, La Sonmai also takes custom orders from clients. Depending on the complexity of the request, it takes between two to four weeks to finish them. 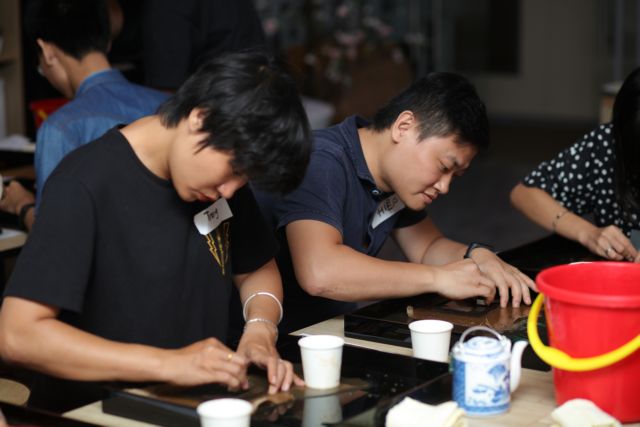 Since the end of last year, they have been holding free lacquer workshops to give people the chance to learn about the history of the art and try it themselves.

“A customer in HCM City was annoyed that we haven't held a workshop down there, and another flew to Hà Nội just to attend one. We're happy to have loyal customers like that,” Đức said.

At the moment, the two businessmen are preparing a plan to break into foreign markets next year. VNS